We inform you that to improve your browsing experience, manage the contents of your basket, offer you our personalized advice, and inform you online of our offers, our website uses cookies and storage of IP addresses.
We want to inform you clearly and precisely about the cookies we use: what is a cookie, what is it for, what types of cookies we use, what are its purpose and how you can configure or disable them if you wish. In this link you can expand information about our Cookies Policy. 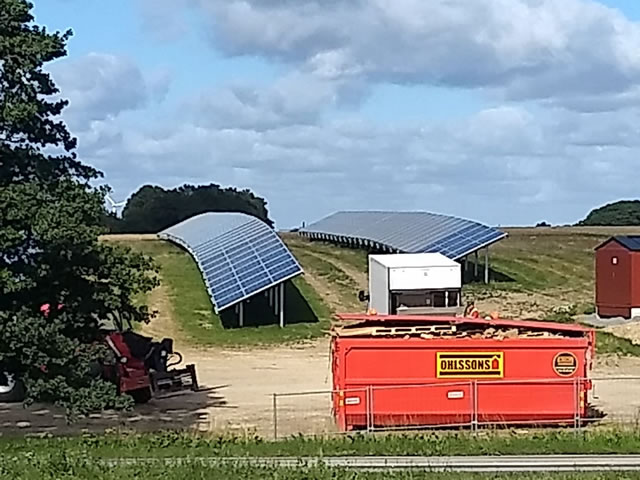 The project consisted of the assembly of solar modules for the photovoltaic plant in Billeberga, Sweden. 1,800 points were staked out to locate the double pilings or drives of the fixed metal structures. The difference between the front and rear pilings had to be 45º, so that the panels had the same inclination, and always oriented towards the south, in order to achieve the best light capture. 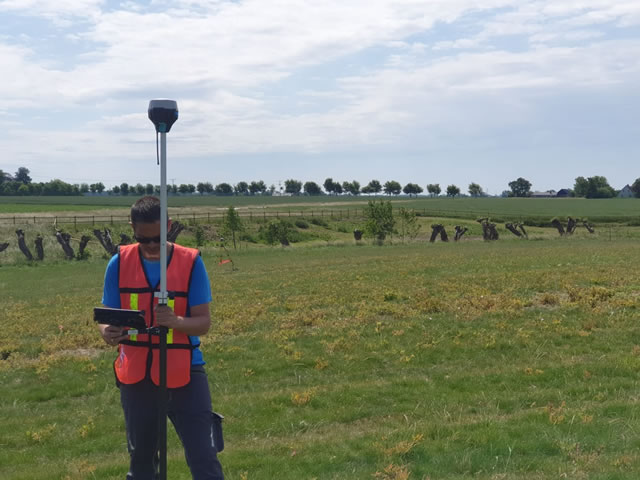 The work was carried out with two Emlid Reach RS2 GNSS receivers: a fixed one with known coordinates as a fixed base, and a mobile receiver that received the RTK corrections.

The field software used was Aplitop's TcpGPS for Android, working in a graphical environment and using the cartography as base map, which facilitated and expedited the stakeout work.

The selection of the points to stake out was done from codes and graphically, and the stake out mode used in this case was the last staked out point as a reference.

We worked with a DXF drawing in the background to help us locate the points. By recording the staked points we were able to add voice notes and photographs associated with unique points to complement their information.

Since it was a software developed for the Android operating system, it greatly facilitated the management and exchange of project data, by having direct access to data synchronized in the Google Drive cloud.

Another advantage of the Android operating system is being able to access software updates and improvements from the Play Store.

APLITOP S.L. has been a beneficiary of the European Regional Development Fund whose objective is to improve the use and quality of information and communication technologies and access to them and thanks to which it has optimized our commercial processes for the improvement of competitiveness and productivity of the company 2022. For this, it has had the support of the INNOCAMARA PROGRAM of the Chamber of Commerce of Malaga. "A way of making Europe".